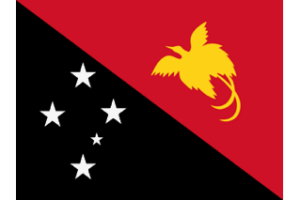 Papua New Guinea was originally known as Papua, a Malay word given by Portuguese explorer Jorge de Menezes, which means tightly curled hair characteristic of most of its inhabitants. The name New Guinea was given by Spaniard Yñigo Ortiz de Petez in 1545 because of the striking similarity in appearance between the inhabitants of the African Guinea coast and those of the island. In 1870, Russian anthropologist Nicholai Miklukho-Maklai wrote a treatise on the life of the inhabitants after he had made expeditions to the island and lived with some of the native tribes for many years.

The southern half of eastern New Guinea was annexed by the Colony of Queensland in 1883 before the before the British New Guinea, a British protectorate, was proclaimed over the southern coast and nearby islands. This led to the annexation of the protectorate in 1902 with the Commonwealth of Australia exercising authority over it. The Australian administration thus began on the heels of the passage of Papua Act of 1905.

After an election in 1972, a ministry was formed under a Chief Minister before the country turned self-governing in 1973, and finally gained its independence on September 16, 1975. From 1977 when the national election was held, leadership changed hands continuously through votes of confidence, culminating in a nine-year rebellion by secessionist rebels that claimed the lives of 20,000 from both sides. The rebellion ended in 1998.