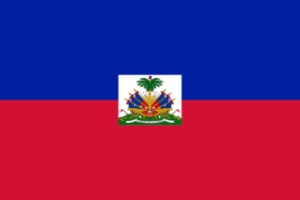 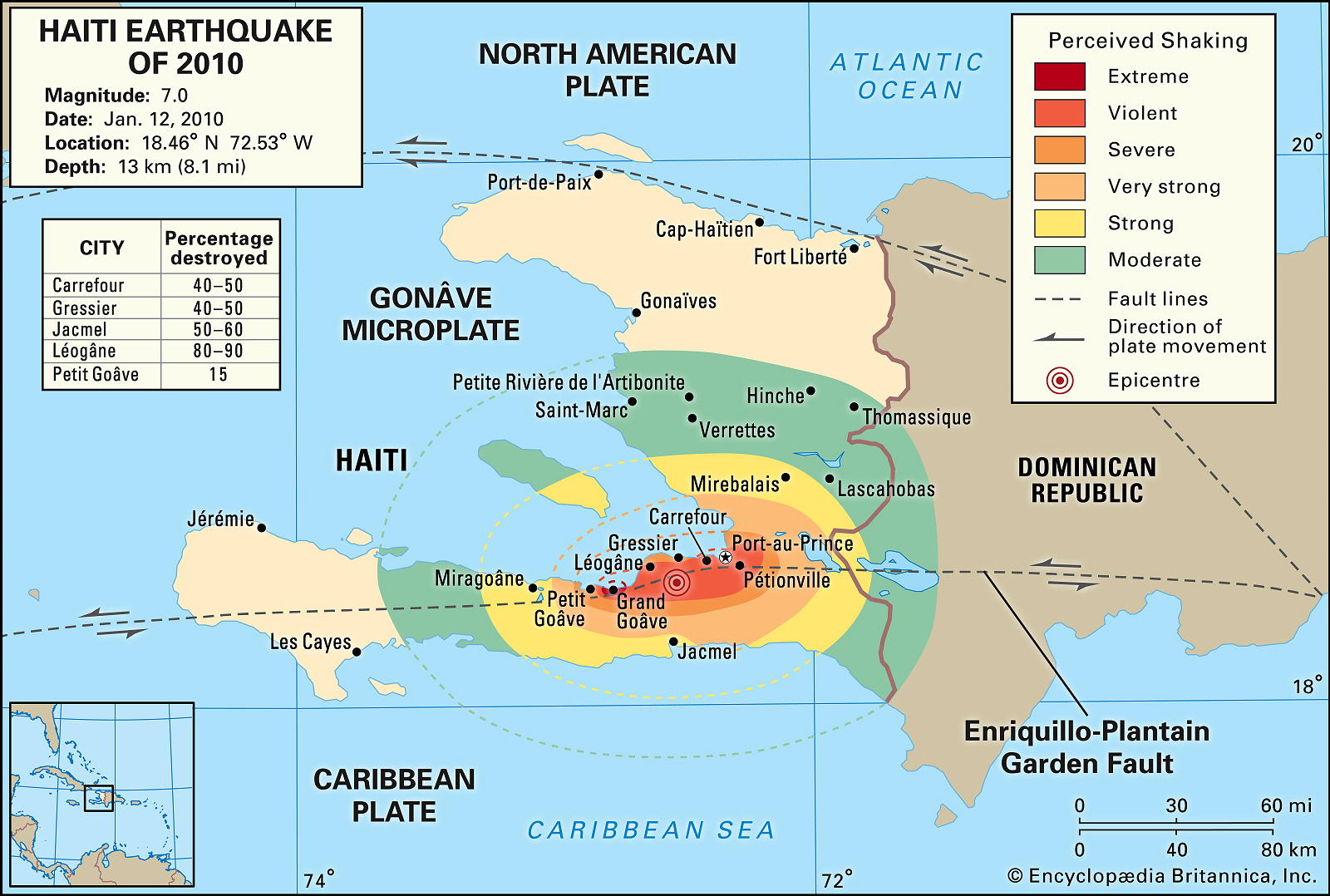 Warning: This documentary is not for children.

Source: https://haitianstudies.ku.edu/haiti-history. Located in the Caribbean, Haiti (View: A Map of Haiti) occupies the western third of the island of Hispaniola, with the Dominican Republic in the eastern two-thirds. With an area of about 10,714 square miles, Haiti is approximately the size of the state of Maryland. The major cities are: Cap-Haïtien, Jérémie, Les Cayes, Hinche, Gonaïves, and Jacmel. Haiti has two official languages: Haitian Creole and French.

When Columbus landed in the island of Hispaniola on December 6, 1492, he found a kingdom ruled by a cacique, or Taino Indian chief. After the French arrived in the seventeenth century to continue European exploration and exploitation in the Western Hemisphere, the indigenous population was largely exterminated. As a result, Africans (primarily from West Africa) were imported as slave labor to produce raw goods for international commerce. Considered France’s richest colony in the eighteenth century, Haiti was known as “the pearl of the Antilles.” Resisting their exploitation, Haitians revolted against the French from 1791-1804. One of the most important outcomes of this revolution was that it forced Napoleon Bonaparte to sell Louisiana to the U.S. in 1803, resulting in a major territorial expansion of the United States. When Haitians took their independence in 1804, they changed their colonial name from Saint Domingue (the name given by the French) to its Taino name of Haiti, or Ayiti in Kreyòl.

Before the earthquake of January 12, 2010, that killed an estimated 300,000 people, injured over 200,000, and left over 1.5 million homeless, it was estimated that about 3 million people lived in the capital city of Port-au-Prince. The 2010 earthquake is believed to be the worst disaster in Haiti’s history. Haiti has a complex, rich, fascinating, and tumultuous culture and history with stories of resistance, revolt, and instability. But one of the fundamental aspects of Haiti is its resilience. In spite of slavery, multiple coups, various occupations, and militarization, Haiti continuously fights to remain strong. Haiti’s very existence is inscribed in its many proverbs such as “Ayiti se tè glise” (“Haiti is a slippery land”) and “Dèyè mòn, gen mòn” (“Behind the mountains there are mountains”).

Haiti is not some faraway land disconnected from the U.S. Haiti is the first Black Republic and the second independent country in the Western Hemisphere. In fact, the ties that bind the two countries go back to the time when the U.S. was fighting for its own independence. A group of more than 500 Haitians, known as Les Chasseurs Volontaires de Savannah, fought in the 1779 Battle of Savannah. A monument in Franklin Square in downtown Savannah was erected in October 2009 to commemorate those who fought in that battle.

After the Haitian revolt started in 1791, many Saint-Dominguans eventually settled in Louisiana. In fact, the Louisiana Purchase was a direct consequence of the Haitian revolt. This land deal doubled the size of the U.S., adding to its holdings either in part or whole: Louisiana, Arkansas, Nebraska, Missouri, Iowa, Oklahoma, Kansas, Minnesota, the Dakotas, Colorado, Wyoming, and Montana.

As the first black independent country with a story of a successful slave revolt, Haiti was a ray of hope for African-Americans in the United States during the nineteenth century. Like France, the United States did not recognize Haiti’s independence until 1862, precisely because white Americans worried that Haiti’s existence challenged their slave-driven economy. There were several emigration movements led by leaders such as Martin Delany and James Theodore Holly, who encouraged African-Americans to settle in Haiti. Although the majority of those who moved to Haiti returned to the U.S. due to linguistic and climatic issues, close to 20 percent of free blacks from the northern United States went to Haiti before the Civil War. This migration between Haiti and America forged links between the two countries.

However, when the United States occupied Haiti from 1915-1934, changed Haiti’s constitution, and in many ways further contributed to its ongoing instability, many African-Americans denounced the occupation of a sovereign nation. The National Association for the Advancement of Colored People (NAACP), under the leadership of Executive Secretary James Weldon Johnson, wrote a series of letters for The Nation, denouncing American injustice in Haiti. In 1932, the great poet Langston Hughes traveled to Haiti, where he met with one of the foremost Haitian intellectuals of the time, Jacques Roumain. In his 1956 autobiography, I Wonder as I Wander: An Autobiographical Journey, Hughes described his trip to Haiti and his meeting with Roumain. Hughes was very impressed by Roumain and eventually translated his seminal work, Gouverneurs de la Rosée, into English as Masters of the Dew. Before current terms such as “transnationalism” and “Black national consciousness” were being used, such exchanges occurred between African-American and Haitian intellectuals.

The various ties that link Haiti and Louisiana in terms of culinary culture, language, architecture, religion and music persist today.