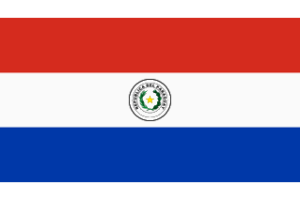 Indians speaking Guaraní—the most common language in Paraguay today, after Spanish—were the country’s first inhabitants. In 1526 and again in 1529, Sebastian Cabot explored Paraguay when he sailed up the Paraná and Paraguay rivers. From 1608 until their expulsion from the Spanish dominions in 1767, the Jesuits maintained an extensive establishment in the south and east of Paraguay. In 1811, Paraguay revolted against Spanish rule and became a nominal republic under two consuls.

Paraguay was governed by three dictators during the first 60 years of independence. The third, Francisco López, waged war against Uruguay, Brazil, and Argentina in 1865–1870, a conflict in which half the male population was killed. A new constitution in 1870, designed to prevent dictatorships and internal strife, failed to do so, and not until 1912 did a period of comparative economic and political stability begin. The Chaco War (1932–1935) with Bolivia won Paraguay more western territory.

After World War II, politics became particularly unstable. Alfredo Stroessner was dictator from 1954 until 1989, during which he was accused of the torture and murder of thousands of political opponents. Despite Paraguay’s human rights record, the U.S. continuously supported Stroessner.

Stroessner was overthrown by army leader Gen. Andres Rodriguez in 1989. Rodriguez went on to win Paraguay’s first multicandidate election in decades. Paraguay’s new constitution went into effect in 1992. In 1993, Juan Carlos Wasmosy, a wealthy businessman and the candidate of the governing Colorado Party, won a five-year term in free elections.

Raúl Cubas Grau was elected president in May 1998. In 1999, Cubas was forced from office for his alleged involvement in the assassination of Vice President Luis María Argaña. The vice president had criticized Cubas for refusing to jail his mentor, Gen. Lino Oviedo, who had been convicted of leading a failed 1996 coup against Wasmosy. Oviedo was finally arrested in 2004 and jailed.

In 2010, Paraguay experienced the greatest economic expansion in South America. Its economy was the 2nd fastest expanding economy in the world, after Qatar. Paraguay had a GDP growth rate of 14.5% by the end of 2010. Part of the expansion was due to long-term growth in the country’s industrial sector, after years of declining production. Another reason was that rise of Paraguay’s pharmaceutical industry, which supplied 70% of domestic consumption in 2010 and even begun exporting drugs. The country also showed rapid growth in the areas of steel, meat processing, organic sugar, and edible oils.1