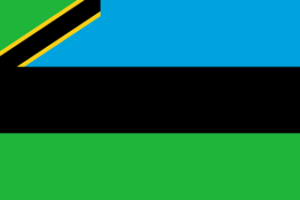 Vasco da Gama’s visit in 1498 marked the beginning of European influence. In 1503 or 1504, Zanzibar became part of the Portuguese Empire when Captain Ruy Lourenço Ravasco Marques landed and demanded and received tribute from the sultan, in exchange for peace. Zanzibar remained a possession of Portugal for almost two centuries. It initially became part of the Portuguese province of Arabia and Ethiopia and was administered by a governor general. Around 1571, Zanzibar became part of the western division of the Portuguese empire and was administered from Mozambique. It appears, however, that the Portuguese did not closely administer Zanzibar. The first English ship to visit Unguja, the Edward Bonaventure in 1591, found that there was no Portuguese fort or garrison. The extent of their occupation was a trade depot where produce was purchased and collected for shipment to Mozambique. “In other respects, the affairs of the island were managed by the local ‘king’, the predecessor of the Mwinyi Mkuu of Dunga.” This hands-off approach ended when Portugal established a fort on Pemba Island around 1635 in response to the Sultan of Mombasa’s slaughter of Portuguese residents several years earlier. Portugal had long considered Pemba to be a troublesome launching point for rebellions in Mombasa against Portuguese rule.

The Portuguese arrived in East Africa in 1498, where they found several independent towns on the coast, with Muslim Arabic-speaking elites. While the Portuguese travelers describe them as ‘black’ they made a clear distinction between the Muslim and non-Muslim populations. Their relations with these leaders were mostly hostile, but during the sixteenth century they firmly established their power, and ruled with the aid of tributary sultans. The Portuguese presence was relatively limited, leaving administration in the hands of preexisting local leaders and power structures. This system lasted until 1631, when the Sultan of Mombasa massacred the Portuguese inhabitants. For the remainder of their rule, the Portuguese appointed European governors. The strangling of trade and diminished local power led the Swahili elites in Mombasa and Zanzibar to invite Omani aristocrats to assist them in driving the Europeans out.

In 1698, Zanzibar came under the influence of the Sultanate of Oman.

Control of Zanzibar eventually came into the hands of the British Empire; part of the political impetus for this was the 19th century movement for the abolition of the slave trade. Zanzibar was the centre of the east African slave trade, and in 1822, the British consul in Muscat put pressure on Sultan Said to end the slave trade. The first of a series of anti-slavery treaties with Britain was signed by Said which prohibited slave transport south and east of the Moresby Line, from Cape Delgado in Africa to Diu Head on the coast of India. Said lost the revenue he would have received as duty on all slaves sold, so to make up for this shortfall he encouraged the development of the slave trade in Zanzibar itself. Said came under increasing pressure from the British to abolish slavery, and in 1842 the British government told the Zanzibari ruler it wished to abolish the slave trade to Arabia, Oman, Persia, and the Red Sea.

A street scene in Zanzibar during the early 20th century
Ships from the Royal Navy were employed to enforce the anti-slavery treaties by capturing any dhows carrying slaves, but with only four ships patrolling a huge area of sea, the British navy found it hard to enforce the treaties as ships from France, Spain, Portugal, and the United States continued to carry slaves. In 1856, Sultan Majid consolidated his power around the African Great Lakes slave trade, and in 1873 Sir John Kirk informed his successor, Sultan Barghash, that a total blockade of Zanzibar was imminent, and Barghash reluctantly signed the Anglo-Zanzibari treaty which abolished the slave trade in the sultan’s territories, closed all slave markets and protected liberated slaves.

The relationship between Britain and the German Empire, at that time the nearest relevant colonial power, was formalized by the 1890 Heligoland-Zanzibar Treaty, in which Germany agreed to “recognize the British protectorate over … the islands of Zanzibar and Pemba”.

In 1890 Zanzibar became a protectorate (not a colony) of Britain. This status meant it continued to be under the sovereignty of the Sultan of Zanzibar. British Prime Minister Salisbury explained his position:

The condition of a protected dependency is more acceptable to the half civilised races, and more suitable for them than direct dominion. It is cheaper, simpler, less wounding to their self-esteem, gives them more career as public officials, and spares of unnecessary contact with white men.

From 1890 to 1913, traditional viziers were in charge; they were supervised by advisors appointed by the Colonial Office. However, in 1913 a switch was made to a system of direct rule through residents (effectively governors) from 1913. The death of the pro-British Sultan Hamad bin Thuwaini on 25 August 1896 and the succession of Sultan Khalid bin Barghash, whom the British did not approve of, led to the Anglo-Zanzibar War. On the morning of 27 August 1896, ships of the Royal Navy destroyed the Beit al Hukum Palace. A cease fire was declared 38 minutes later, and to this day the bombardment stands as the shortest war in history.

However, just a month later, on 12 January 1964 Sultan Jamshid bin Abdullah was deposed during the Zanzibar Revolution. The Sultan fled into exile, and the Sultanate was replaced by the People’s Republic of Zanzibar and Pemba, a socialist government led by the Afro-Shirazi Party (ASP). Over 20,000 people were killed and refugees, especially Arabs and Indians, escaped the island as a consequence of the revolution.

Zanzibar (part of Tanzania) People Groups from The Joshua Project