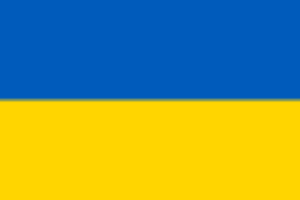 Ukraine has a long and troubled history. Early in the Christian era the Ukranian steppes were overrun by various invaders, among which were Huns, Goths and Avars. From the 4th to 7th centuries the first Slavic community was established in the area. A Varangian dynasty from Scandinavia settled in Kiev in the 9th century and proceeded to free the Slavs from Khazar domination and then unite them in them in Kievan Rus. The Ukrainians and their land formed the nucleus of Kievan Rus. Thereafter, Ukraine’s history followed a series of changes in power and domination of one group over the other.

Notably, in the mid-14th century, Lithuania began to extend its borders and took over the rule of Ukraine, which proved to be reasonably beneficial for the Ukrainians. However, in 1569 Poland and Lithuania formed a union which disrupted the relative peace that the Ukrainians had been enjoying. The peasants soon found themselves subject to serfdom and persecution was brought upon the Ukrainian Orthodox Church. In 1596 the Bishops of the Ukrainian Church, to preserve their own identity and not be assimilated into Polish Catholicism, established the Greek Catholic faith. They acknowledged the authority of the pope, but kept their Orthodox rites.

In the 16th century, the term ‘Ukraine’, which is translated as ‘borderland’ or ‘at the border’, came into use. Poland-Lithuania was now struggling against the growing principality of Moscow for control of the area of Ukraine. Many Ukrainians fled beyond the area of the lower Dnieper rapids in order to escape the religious persecution and serfdom that harsh Polish rule had brought upon them. These fugitives established a military order known as Cossacks, or Kozaks, being taken from the Turkic ‘kazak’ which means ‘adventurer’ or ‘outlaw’. The Cossacks waged a successful revolution against Polish domination in 1648.

Ukraine was unable to stand alone though, and a treaty was concluded with Moscow, acknowledging their superiority, but allowing Ukraine a large measure of independence. Russia did not respect the terms of the treaty however, and treated the Ukrainians with contempt, referring to them as ‘little Russians’. Ukraine concluded a treaty with Poland in 1658 which resulted in the Russo-Polish war and the partitioning of Ukraine. Thereafter followed years of domination, treaties and unrest in Ukraine until after the Bolshevik Revolution, when Ukraine declared complete independence in January 1918.

This situation was fairly short-lived though, when after much conflict in the area, Soviet troops gained control of Ukraine, which became one of the republics of the USSR in 1922. This inclusion into the USSR under communist rule resulted in much hardship for the Ukrainians, and so during World War II when Germany invaded Ukraine, many saw them as liberators. However, the Nazis viewed all Slavs with contempt and treated them very harshly during their occupation of Ukraine.

After the devastation of World War II Ukraine still suffered much unrest on their way to independence. In July 1990 a declaration of sovereignty was passed by the Ukrainian parliament, and in August 1991 Ukraine was declared to be independent of the Soviet Union. Leonid Kravchuk became the first president of Ukraine in December 1991.1